Ayaz is a widely recognized projects lawyer and Chair of the Projects & Infrastructure Practice. He brings over 25 years of experience advising on the structuring, development, financing, construction, acquisition, and sale of major energy and infrastructure projects in the United States and around the world. Ayaz represents sponsors, banks, funds, investors, agencies, ministries, and public authorities across the infrastructure, energy, and sustainability sectors, as well as in the hospitality, mining, petrochemical, telecom, satellite construction, and other select industries.

Ayaz has led projects in more than 30 countries across North, Central, and South America, Asia, the Middle East, Europe, and Africa. These projects have occasionally involved governments and multi-lateral agencies (MLAs) or been structured as public-private partnerships (P3s). Some have established the framework, concession structure, or model agreements for energy or infrastructure projects in a country.

Ayaz has led groundbreaking and high-profile projects, including some that received “Deal of the Year” or similar awards. He led the World Bank’s first Prototype Carbon Fund investment implementing the Kyoto Protocol, creating the model contract for emissions credits–generating clean energy projects that kicked-off the global trade in renewable energy certificates (RECs). Ayaz participated in the first independent power projects (IPPs) in several Asian countries, prepared the IPP framework agreements for a Middle East country, and represented a prominent social media company on satellite projects in its initiative to expand internet connectivity into Africa and Asia. He also represented a Central Asian government in the structuring, development, and construction of a vast new rail infrastructure network. Recently, he advised on the acquisition out of a bankruptcy of the largest North American rare earths mine, the complex cross-border commercial and financing arrangements to advance the development and operations of the mine, and the US$1.5 billion SPAC transaction (closed in late 2020) that took the mining company public.

In addition to his practice, Ayaz has lectured and published extensively. He has authored a book on Project Finance Fundamentals and written the chapter on international project finance in Practising Law Institute’s International Corporate Practice treatise, published annually. His other publications include the Guide to Key Sources of Risk Mitigation in International Project Finance and an article for AirFinance Journal, “Private Sector Participation in Airports: 3 case studies.” Ayaz also taught a projects seminar for several years.

Ayaz is consistently ranked among the world’s top project finance, energy, infrastructure, and mining lawyers by Chambers Global, Euromoney, Who’s Who Legal, The Legal 500 United States, and other publications. He was the subject of a New York Law Journal article “Learning the Ropes in a Global Economy” that profiled his selection as one of 25 global delegates to the American Council on Germany’s Young Leaders Conference in 2001.

He began his legal career as a clerk in the US District Court for the Southern District of New York. In law school, Ayaz served as the Notes Editor of the Georgetown Law Journal and authored a law review note titled “A Theoretic Approach to Transnational Terrorism.” He was also a John M. Olin Law and Economics Scholar.

Before attending law school, Ayaz worked in investment banking as an associate in the Derivative Products Group at a New York-based investment bank and an analyst in Goldman Sachs’ Fixed Income Division.

Hotel, Resort, and Other Projects

As the need to reduce the global emissions of greenhouse gases has grown more urgent over the last quarter century, key stakeholders across the globe have sought to forge effective paths to make a measurable difference in the health of the planet. This article provides a broad overview of, and key distinctions between, carbon credits and carbon offsets. It also takes a look at the establishment and evolution of carbon markets, and a summary of the opportunities and risks they present.
Read more
Read less

Law360 reported that Mintz has added Kari K. Harris as Member in the firm’s Corporate Practice in Boston and Ayaz R. Shaikh as Member and Co-chair of the firm’s Project Development & Finance Practice in Washington, D.C.

The American Lawyer reported that Mintz has added Kari K. Harris as Member in the firm’s Corporate Practice in Boston and Ayaz R. Shaikh as Member and Co-chair of the firm’s Project Development & Finance Practice in Washington, D.C.
Read less 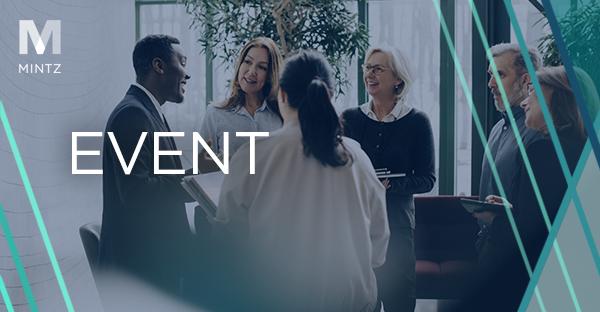 The US Clean Energy Landscape Under the Biden Administration